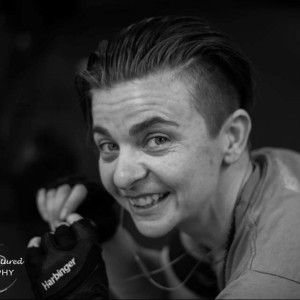 Have you ever taken a psychology class before? If so, you have probably heard the name Martin Seligman. You may even have heard about the experiments that he did 50+ years ago. Seligman was studying classical conditioning (a type of learning discovered by Ivan Pavlov – think of Pavlov’s Dogs) and came across a very interesting phenomenon that occurs with both humans and animals – learned helplessness.

You can learn more about his experiment in this YouTube video. Please be aware that if you are an animal activist you may find the experiments disturbing. They were done in the 60s and 70s. They would not be done today.

What is learned helplessness?

In a nutshell learned helplessness is when a person (or animal) faces negative, uncontrollable circumstances and stops trying to improve upon their situation – even when they can. You may ask, “how did Seligman make the leap from dogs to humans?” Well, once Seligman completed the experiment with dogs, he tried it with rats – eventually, he tried it with humans. Only instead of shocking humans he used loud noises and a button that would, or wouldn’t, stop the sound.

What he found was that just like the dogs, those who had no control over the noise in the first round of experiments wouldn’t even try to turn it off even though they had the ability to do so in the second round of experiments. This is a great example of learned helplessness in humans. The human subjects who were conditioned to believe that they had no control over the noise developed a motivational deficit because they thought that there was no way to escape. So why even try? Over an extended period that feeling of helplessness created an emotional deficit and they became depressed when they were in negative situations and felt they had no control.

Seligman did further research – I mean, who wouldn’t? It would be horrible to figure out that we learn helplessness and then not figure out how to unlearn it!

What he figured out is that there are three main questions we ask ourselves when faced with negative, uncontrollable circumstances:

What is learned optimism?

As a result of his findings Seligman was drawn to learn about the opposite of learned helplessness – learned optimism. He found that through resilience training, people can learn to develop a more optimistic perspective when in a negative situation.

Why does learned optimism matter?

When you change your explanatory style, you are in a much better position to not just survive life but to flourish in life. Even if you were born into circumstances that taught you learned helplessness, you can overcome it. No matter what is happening in your life, right now – this very moment, you can overcome it. If you’re interested in how to create learned optimism, check out Seligman’s book Learned Optimism: How to Change Your Mind and Your Life or work with a coach who can support you. Shoot! Maybe do both?